Fall Concert Celebrates the Reopening of the School 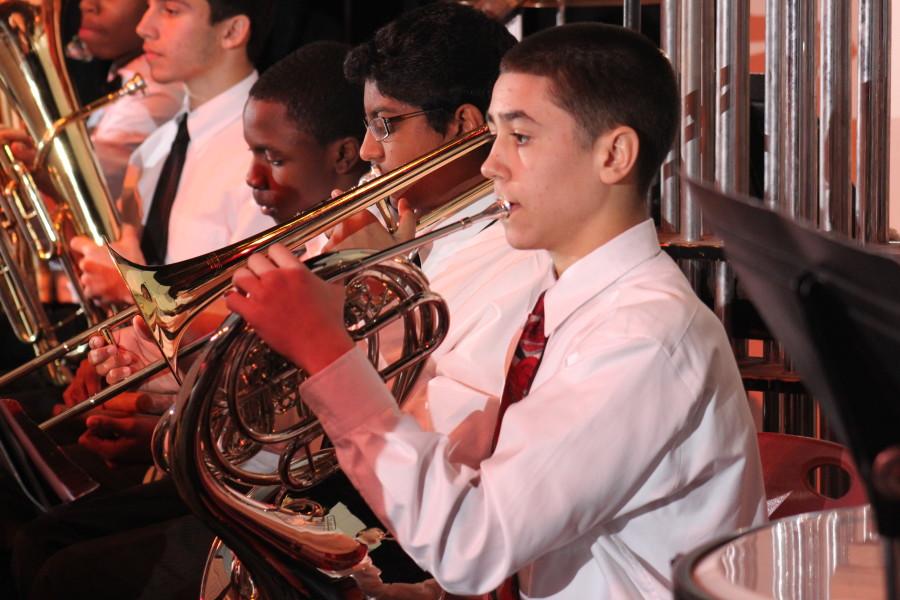 Head of  the Music Department Dr. Jeremy Fletcher dedicated the annual fall concert to the monks of the Newark Abbey because without them he said, the school wouldn’t be here. The  40th anniversary of Benedict’s reopening gave spirit to the Choir and Wind Ensemble performance.

The Choir started the night acapella with “Jubilate, Exultate” a song written by Dr. Fletcher to compliment everyone’s voice. Their overall sound with mellow toned blends was both enticing and captivating. The Choir’s skills were definitely shown in their dynamics and overall synchronization.

Mentionable songs include “Beautiful December” by Amy F. Bernon, during which Chair of the Science Department Denis Lansang M.D. accompanied the choir on piano. It was a wonderful song about the renewal that winter brings, which ties in with reopening theme. The choir members showed their chops with rich harmonies, panning and fading from bass to tenor.

“We Rise Again” by Leon Dubinsky arr. Stephen Smith, had lyrics whose message was we live on through our children or as Dr. Fletcher said, “Like a teacher through his students.”

They ended their performance with the soulful gospel hymn, “We’ve Come this Far by Faith” by Albert A. Goodson,  led by soloist UDII Amri Day.

“It felt good and proud even despite my last minute jitters,” Amri said.

After a five minute intermission the 2013 Wind Ensemble took the stage with songs true to the theme of the reopening.

The band  paid homage to Newark’s Ironbound with the song “Ironbound Suite: Brazilian Dance” by Dr. Fletcher. It had a great feel all together with a catchy melody fortified by the perfectly blended brass section. The star of that song, however, was the percussion section with improvisations by Alfifie Nyeor.

Wind Ensemble ended the night with its tribute to the reopening with the song “Crossroads” by Robert W. Smith. This composition portrays looking forward and backward and deciding where to go.

“The only way you can go is forward,” Dr. Fletcher said introducing the song.

“Crossroads” was an arrangement that used story-telling elements and sounds including the sections of the band combined together with emotion and dynamics along with a few tune changes.

A big finish for a big night.