Slow to the Finish: Joe Kasberger and Frank Hill Face off in Finals 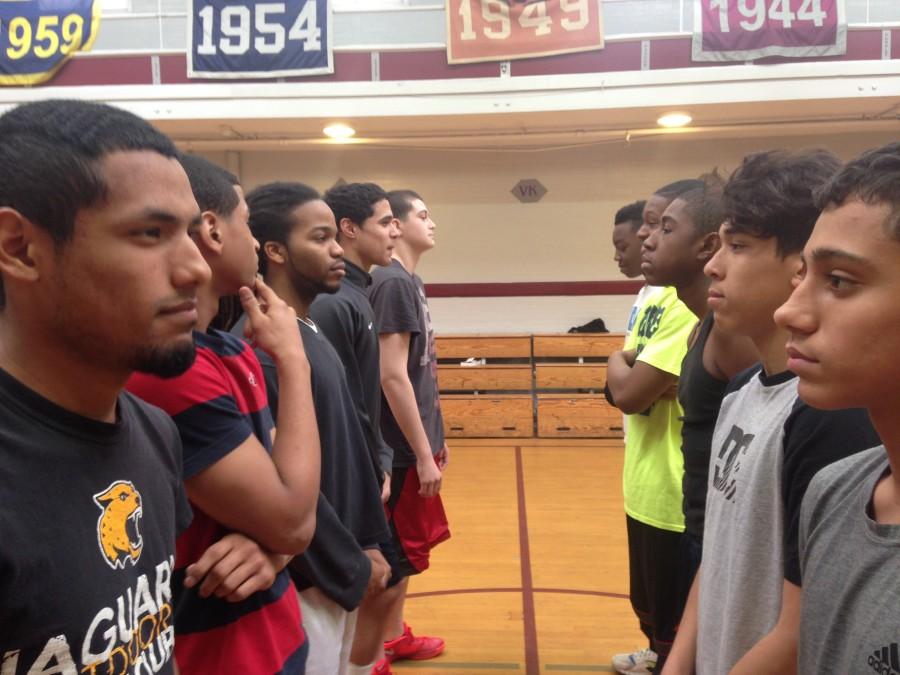 With tension through the roof as the top two undefeated teams faced off today, momentum swung in Joe Kasberger’s direction before the game even started.  Joe K had a huge turnout of students prepared to play and give moral support. Although Frank Hill had just enough players  to compete, they were quick  to get a lead of 2-0. Joe K was neck and neck with its competitor, because of its inability to set up top scorer UD I Khalil Fleming with an opportunity to shoot. Frank Hill’s UDI  Gregory Cordero capitalized on Joe K’s poor ball movement. This lead was ripped from Frank Hill’s hands as Joe K rediscovered its chemistry. The game quickly swayed in Joe K’s favor with help from senior Niqell Dematas, UDIs Joe Alba and Ernest Mitchell and the key to the defense, UDII Daryl Bethea. Joe K returned from their slow start when Niqell passed Khalil an Ali-oop. Khalil launched the ball as he glided past the 3 point line, closing the game at 6-4.