Students Attend Biggest Poetry Festival In The US 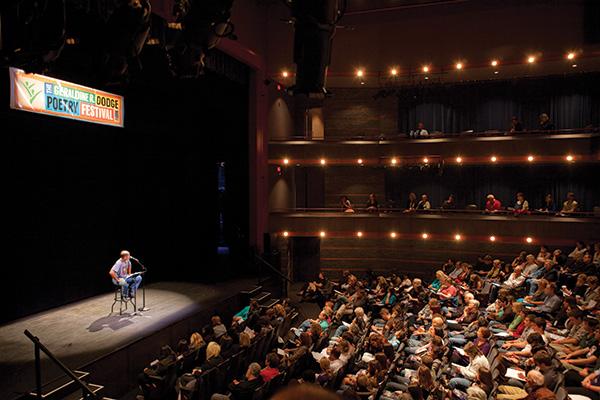 Over 4,000 students and teachers packed into the New Jersey Performing Arts Center on October 24. But this time, it wasn’t to listen to music, it was to listen to poetry.

The Dodge Poetry Festival, which began in 1986 and occurs every two years is the biggest poetry festival in the United States.

This year, several students and English teacher Shawn Berger and Benedictine Volunteer Cody Lynch attended the festival. The students attended sessions where poets talked about how they became poets or read their work. Each event lasted for about 40 minutes and was followed by a 20 minute break where one could get food or go to the bookshop.

This was a new experience for most students, including  UD1 Walt BadRoad-Mount. And he liked it. “It made me appreciate poetry more,” he said. “ It also helped me understand that there is a story behind each poem.”

Mr. Lynch also said the festival was educational. “The value of poetry and writing in general allows a glimpse into the life of someone else,” he said. “It’s a practice of empathy. An event like this one caters to that in a large way.”