Sarai Roman: There’s a Girl Among Us! 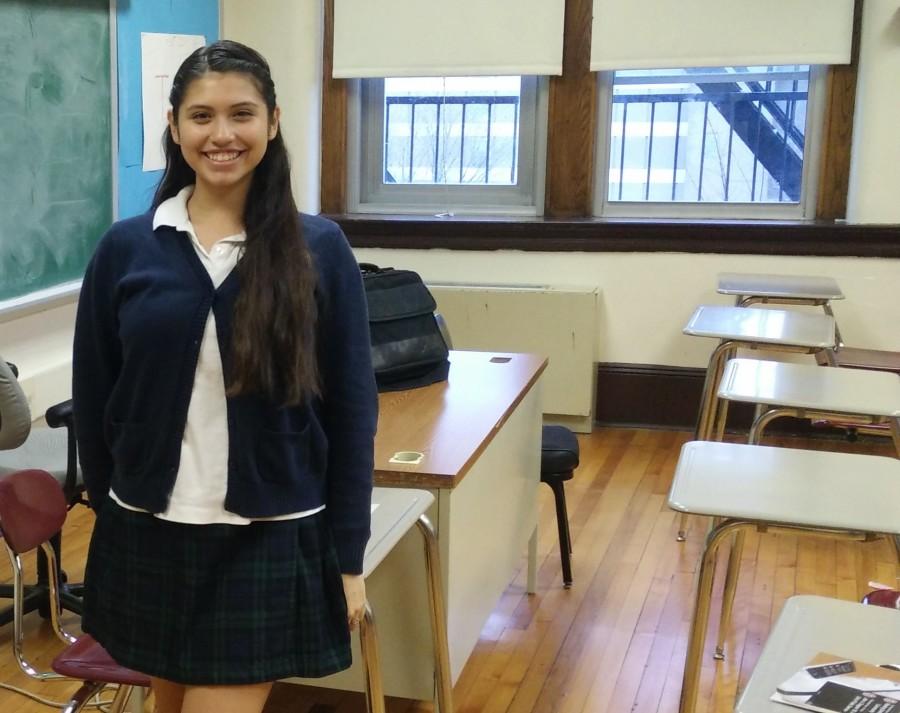 Sarai Roman is a junior at Benedictine Academy in Elizabeth, NJ.

Sarai Roman, a junior from Benedictine Academy in Elizabeth, interned under history teacher Douglas Sterner, Ph.D during the week of February 19. This internship is part of her school’s “Bee Week,” where juniors choose careers they would like to explore and intern under people with these careers.

History is her favorite subject: “History is a subject I can talk about over and over and not get tired of it,” she said. Ms. Roman also admired her freshman history teacher because the teacher showed a passion that inspired her. In choosing between interning under a teacher from Saint Genevieve School in Elizabeth and the Hive’s Dr. Sterner, she said she chose Dr. Sterner because she heard that Dr. Sterner had written his own textbook, something she wishes to do as well.

Ms. Roman also praises the use of the smartboards in the classroom, and finds history teacher Richard Gallerani’s use especially intuitive, saying that she prefers visual teaching to the lecture-style teaching at her school.

As a young woman visiting an all-boys school, Ms. Roman received a lot of attention from students at the Hive. In discussing the students’ reactions to her presence, she said, “I wish they would talk to me instead of staring; it’s like I had five heads.”