Seeking Silicon Valley in my backyard 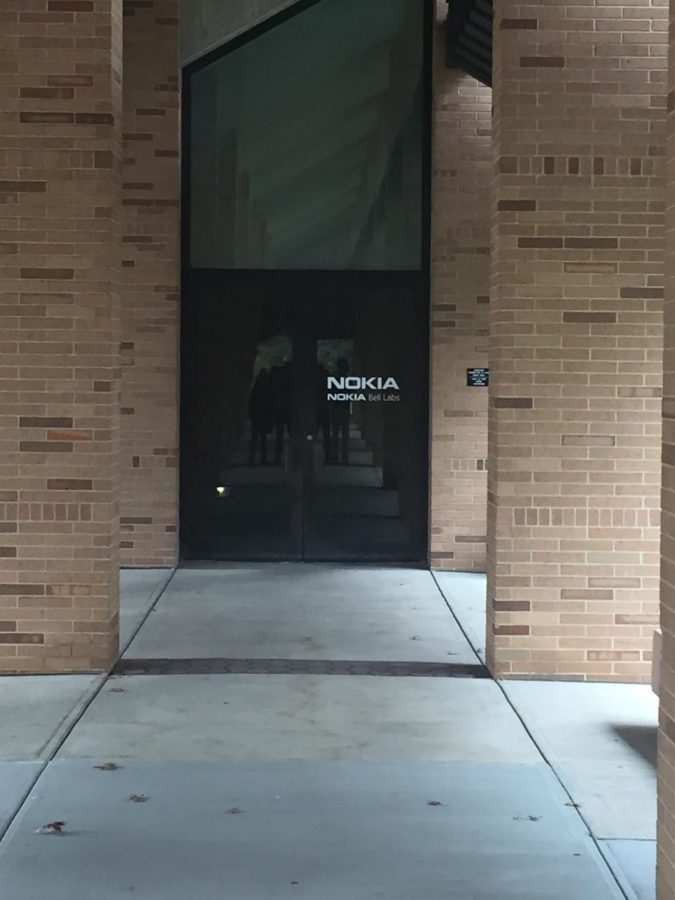 On the crisp, clear, and cold sunny day of October 26, 2017, I , along with other students of St. Benedict’s Prep, was given the chance to tour the renowned Nokia Bell Labs in Murray HIll, New Jersey — only 12 miles away from my school, St. Benedict’s Prep. Upon arriving to Bell Labs, the first thing I noticed was the large almond brick building before me. Just before entering the facility, I spied a pitch-black motionless door with the words “Nokia Bell Labs” printed on it. Inside, the first thing I saw was a death-star-like sphere the size of a washing machine suspending from the ceiling. I saw a small transistor enclosed in a box, multiple awards, machines, and drawings on display. Eventually, I came to the realization that Bell Labs is a place of a great multitude of accomplishments. From one spot, I gazed at: the first transistor; the first telecommunications; and prestigious awards that included a Nobel Prize. Beyond that area, I entered a lobby bound by an open space with a ceiling more than 10 stories high that appeared as though it enclosed an ecosystem. After taking my first breath of air from the lobby, I instantly felt as though I was in Silicon Valley.

Five minutes after entering the facility’s Auditorium, the schools were given challenges; the challenges were pictures of either a person or machine doing something for the students to evaluate what was going on. For example, there was one picture of a woman working on a job. The picture was of an engineer performing a task that is no longer needed.

The first demo was enclosed within opaque glass walls; in the middle of the lab’s food court with a smart board on the wall. The leader of the first demo asked everyone in the room, “How do you brainstorm?” Many said they use pen and paper.I did not have a good first impression on what the Augmented Thinking demo would be. Knowing only the name of the demo, my first impression of what was to follow was that I would see a lab meant for purposely augmenting the human brain through the use of drugs. Fortunately, that was far from the truth. Instead, the presenter talked about how the way we think has not changed much throughout history. Other than maybe using phones instead of a pen and paper, the process of brainstorming has not changed much. Since brainstorming is relating one idea to another, the presenter said, researchers set about designing an app that would simulate the process. The program they conceived related core ideas to other ideas.For example, the researchers displayed images of ideas that were related like cars, planes, and trains;  if one were to select the car image, it would then show related ideas like wheels, roads, and gas stations. Immediately after the presentation, my perception changed on what brainstorming was. I thought that brainstorming was a stagnant procedure of just eventually thinking of something, when in reality, thinking is a dynamic process that can be executed in many forms.

Just miles away from St. Benedict’s Prep is the Bell Labs anechoic chamber. As opposed to the piercing sounds of the planes, cars, and people which St. Benedict’s Prep is located in, the Bell Labs anechoic chamber is one of the quietest rooms in the world. It absorbs 99.995% of any sound. When it was built in 1940, it was not only the quietest room in the world but also the first of its kind. The chamber is a massive structure nearly 30 feet tall and wide. When entering the chamber, I stood upon a metal coiled net that floated about 10 feet from the bottom of the chamber. Beige triangles of fiberglass covered the walls. Seconds after entering the chamber, the pressure in my ears changed and I briefly felt as though I lost my balance. Because of how stunningly quiet the room was, there was a point where the students of St. Benedict’s attempted to yell as loud as they can but still sounded as though they were muted. The most inspiring moment of my time in the chamber was hearing the account of Helen Keller’s experience when she visited this very chamber. Of this experience, Keller later wrote: “Language has no equivalent for the absolute physical silence that burst upon me in that fantastic, baffling chamber. I have known many kinds of silence—the silence of early morning, the silence of remote mountain summits, the silence of gently falling snow. Shut in by floor, ceiling, and walls of fiberglass, I throbbed with the silence of the dead and the silence that covers buried peoples and ages without a history.” Once I heard the presenter read this account, I knew that this is exactly the place where I want to work. Bell Labs is a place where people ask big questions and seek answers that may be revolutionary. Bell Labs is a place that wants to make an impact on people’s lives.

Nearly 95 percent of Americans today have access to a high-speed LTE (Long Term Evolution) network for their cell phones. Not only are more Americans using more 4G LTE than ever, but the transmission of data through the use of fiber optics is at its highest rates ever. The last two demos, 5G Over-the-air and Bell Labs Cable Guy, clearly displayed the ambitions of this technology. It was in those two demos where the progress of humanity and the future can be seen. In addition to technological development, both have a precise objective of creating a more interconnected world with data moving at ever-increasing speeds. Prior to touring to Bell Labs, I had heard of 5G but did not understand what it meant. I thought that for 5G there would have to be a demand for data at an astonishing level. 5G, which stand for 5th generation, is a concept still being defined, but has a clear aim. 5G will have the ability to download in speeds up to 10 gigabits per second. The technology will serve phones and computers and a whole host of new forms of “smart” appliances and gadgets. The Bell Labs Cable Guy illustrated data traveling at the speed of light. In fact, Bell Labs is the place where fiber optics were first designed and it was in that lab where lasers were made to fit in a small wire. The demo showed us the system as to how the internet and text messages travel through cable towers and wires and underwater in less than a second. As a person who aspires to be a scientist, engineer, and entrepreneur, clearly fiber optics is the future of tech and businesses.

On the short bus ride back to St. Benedict’s later that day, my friend and I discussed our experiences at Bell Labs. We spoke about how change appeared to be a central theme that has motivated and continues to motivate Bell Labs. In the first demo, we saw how Bell Labs is taking an initiative to change the way we think. In the second demo, we saw how Bell Labs broadened the the study of sound. In the third and fourth demos, we saw how Bell Labs has the ambition to revolutionize the way we connect. My friend and I agreed that our overall experience of touring Nokia Bell Labs was exhilarating; we felt that we had walked to the edge of the future and peered into what our lives may look like in the years to come.