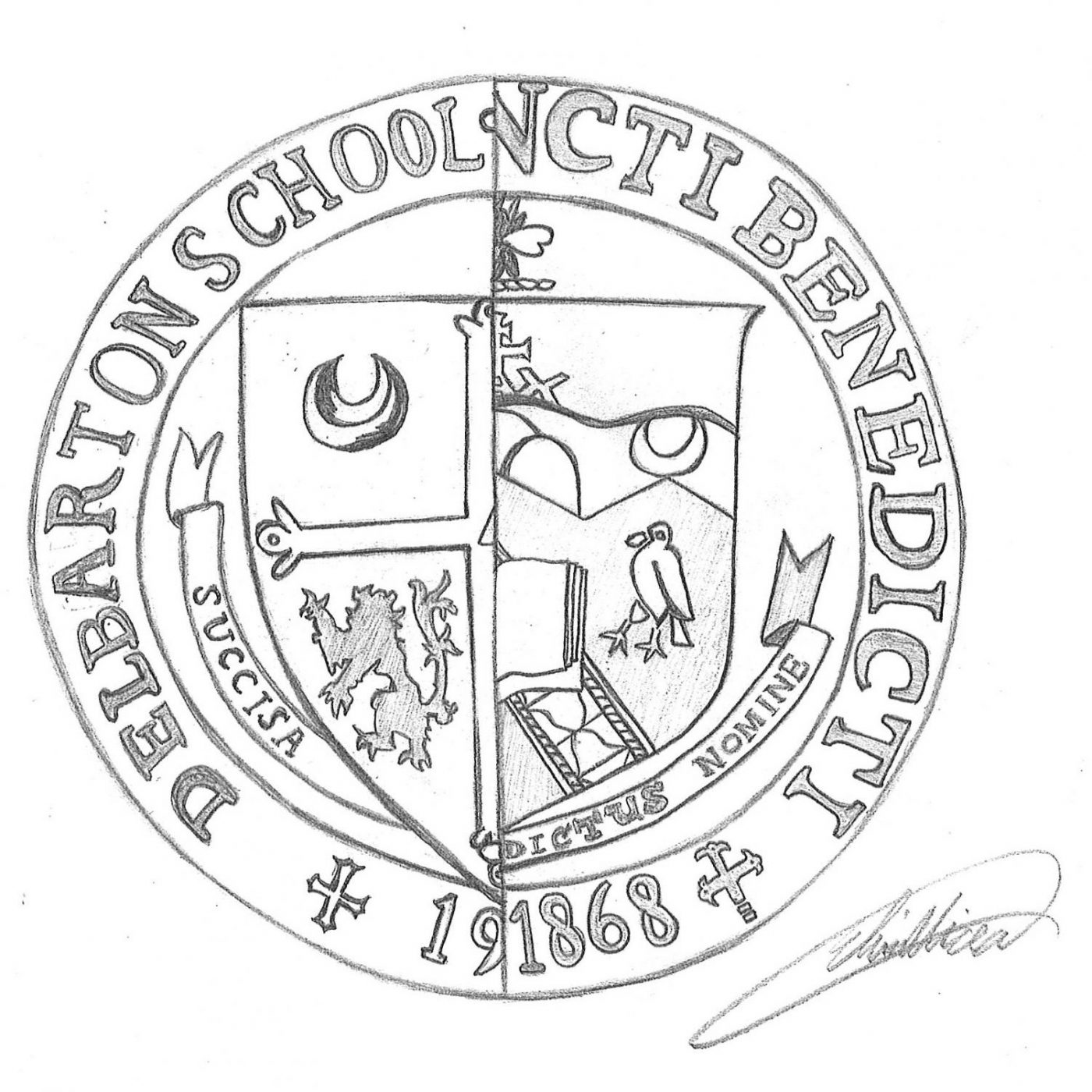 An artist’s rendition displaying the Benedictine traditions: what a seal of both St. Benedict’s Prep and Delbarton School might look like together. (Elvin Alicea)

An artist’s rendition displaying the Benedictine traditions: what a seal of both St. Benedict’s Prep and Delbarton School might look like together.

Many recall their earliest high school memories to be several attempts to make friends. At St. Benedict’s, however, incoming students are forced to make friends—brothers, in fact. “Whatever hurts my brother hurts me,” they yell at the top of their lungs at the Overnight each year. Through this phrase, the school is able to foster brotherhood with a tradition that some would say is incomparable to any other high school in the world. And with brotherhood as the cornerstone of the school’s value system, Headmaster Fr. Edwin Leahy, O.S.B.‘63, uses themes of brotherhood and history to build the school’s character and culture. Fr. Ed often says that, when history and traditions are forgotten, we are in trouble. If what Fr. Ed says is true, then St. Benedict’s might be in trouble.

Wherever convocation is held—in the HAB Gym, Shanley Gym, or Conlin Auditorium—SBP students are taught the history of the school. One of the most significant points in history often taught to them is the school’s closing in 1972. Students learn that differences among monks’ mentalities about the future of the monastery and school initiated the event. In 1972, the monks split into two groups: one stayed at Newark Abbey and the other left for St. Mary’s Abbey. This story, even after so many years, draws strong emotions from SBP students.
Today, they see Delbarton School as nothing more than a rival school. However, SBP students and, presumably Delbarton students, still do not understand that Delbarton has its roots in Newark Abbey. The monks once lived as one community under one abbott.

The two Benedictine schools are run by monks. The two schools encourage brotherhood. They are part of a monastic mission. They are guided by the Rule of Benedict. Despite these similarities, the schools have little connection. Why is it that they are so distant? If the monks of Delbarton and St. Benedict’s follow the same code, are not the students of the only two Benedictine all-male schools in New Jersey brothers? Why are they our lost brothers?

This unspoken divide between the two communities has existed for too long. Something’s got to change. “He should first show them in deeds rather than words all that is good and holy,” the Rule of Benedict says. All Benedictine monks are entitled to follow and display the teachings of St. Benedict. If the two schools teach the students that all men should love their brothers, then the two schools are falling short of the teachings in the Rule of Benedict.

The Abbot President of the American Cassinese Congregation recently stated that the monasteries under the same congregations need to engage with each other more. To combat this, Fr. Luke of Newark Abbey has established a committee geared toward repairing the splintered relationship between the two monasteries. Although efforts have been made to restore the relationship between the distant brothers, it is only on a monastic level. No efforts have been made to build the relationship at a school and student level. It is up to us as students to build a relationship with our lost brothers.

SBP is a school that is run by the students for the students. It has a history of student leadership that dates back to the date of the initial split. Monks like Fr. Albert Holtz, O.S.B, and the late Fr. Mark Payne, O.S.B., designed the school for students to take initiative. We believe that no matter what race, economic status, place of origin, or level of physical ability, we can all be leaders, inspire others, and, most importantly, change the world.

Although Delbarton is a school that draws students from some of New Jersey’s wealthiest suburbs, the student body of SBP has to realize that students of Delbarton are our brothers. And because they are our brothers, the mottos and sayings that build the brick and mortar of SBP such as, “a Benedict’s man is a man who would rather try than fail, acts with dignity, respect, and honor, attempts to share knowledge with his brothers, and respects all walks of life” are being disrespected. Our brothers at Delbarton are being forgotten and becoming more distant, year by year. Fr. Ed says that forgetting history and traditions built over the past 150 years will lead to trouble for the community.

Today, St. Benedict’s Prep has an active relationship with schools as far as the Netherlands and Israel. Delbarton is a school that is no more than 20 miles away.
The Benedict News Editorial Board implores the Senior Group Leader Elijah Allen-Smith to enact a joint Benedictine Summit between the two schools. The summit must take place so that the two schools can confront and repair their relationship. It is time that the history and traditions built by thousands of people who have cared for the school stop being ignored and disrespected. Delbarton and St. Benedict’s are of the same community, and it is time for the students to bridge the gap between the two communities.

SBP students have lost brothers and, if nothing is done, the values and future of Delbarton and SBP must be called into question. As SBP men we must stand up and preserve our history and traditions.