A New Start for Convo 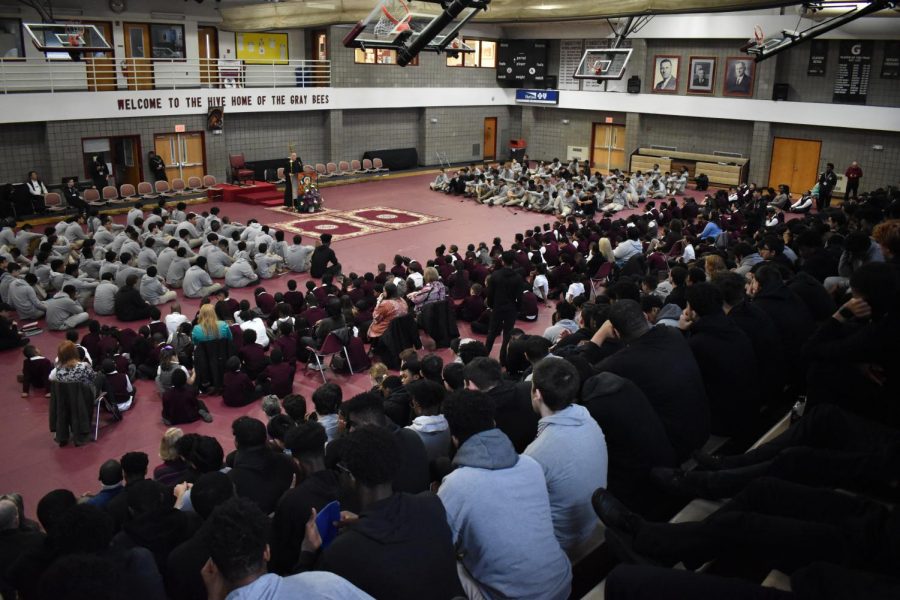 Convocation is a powerful tradition at St. Benedict's. In his essay, William Register calls for the present "Boys Division" to be re-named the "Mens Division."

For the first time in modern memory, the start time for Convo has been changed to 8:00 a.m. in an attempt to better synchronize the schedules of the Prep Division and the Middle Division.

“What mainly motivated the decision to make the change was, specifically, Friday Convo with the Middle Division,” said Jonathan Oniyama, Senior Group Leader. “We want to demonstrate and express continuity and community between the Middle Division and the Prep Division.”

Two years ago, school officials created a Middle Division to incorporate middle-school-aged girls and boys from St. Mary’s into what was formerly called St. Benedict’s Lower Division. Since then, both administrative and student leaders have worked to find ways to bring the divisions together and mesh cultures.

He explained the decision at Convo the following Monday morning.

In an interview later that day, Oniyama explained the process that led to the announcement. He said he had been thinking about the flow of events at Convo, and its inherent unpredictability. Sometimes, Convo takes longer than scheduled. But, more and more frequently, he said, there’s extra time to fill.

The “Senior Seven,” SBP’s seven senior leaders, discussed the possibility of changing the schedule, agreed, and proceeded to work out the details.

The leaders also worked with Assistant Headmasters Ms. Michelle Torto H’16 and Dr. Ivan Lamourt, Mr. Rich Molina ‘06, Dean of Students Mr. John Rowe, and Mrs. Grace Lenahan.  The school day will still end at 3:10 p.m. on all weekdays except for Wednesday. “Pre-Convo” for freshmen has been moved from 7:40 a.m. to 7:50 a.m. Breakfast will be served until 7:50 a.m.

“I was surprised when Fr. Ed said, ‘Okay.’ He was cool with it,” Oniyama said. “When I talked to him about it, he told us that he doesn’t really care if we move (the schedule) up.”

Attendance has been high this year, he noted, and he would like that trend to continue or even improve.