A reflection: Pondering My Past With Mr. Petrick 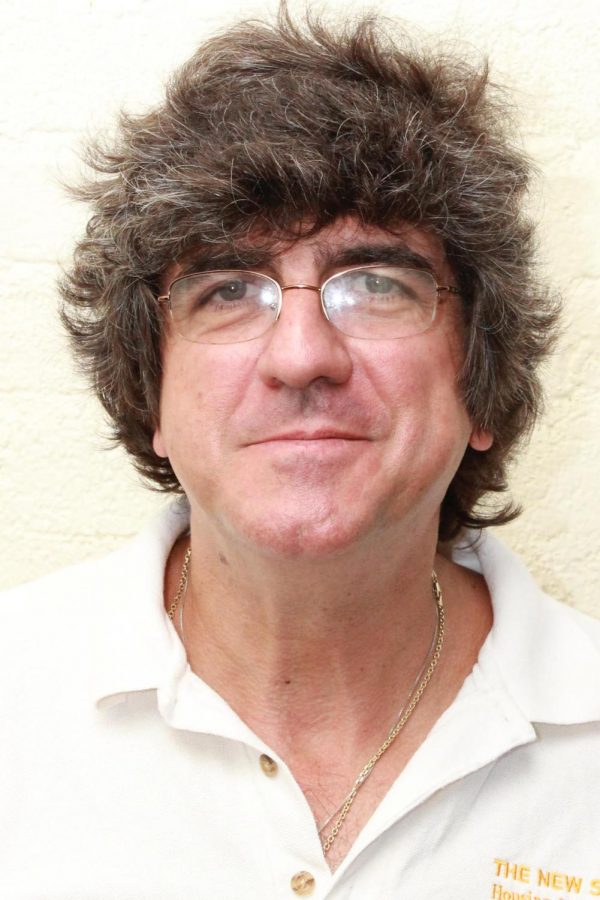 My name is David Rahaman and I am currently a Senior at St. Benedict’s Prep. I knew Mr. William Petrick, a renowned English teacher here,  really closely for the past 4 years. I was the editor-in-chief for the school’s literary magazine, Kayrix, and Mr. Petrick, who passed away yesterday, was the faculty moderator. I was also the president of Kayrix for the National English Honors Society here at school.

I have been meeting with Mr. Petrick for at least three times a week since I was a freshman. Man, he’s seen me grow up through it all. I was 4’10 when he first saw me, and now I’m 5’8. He knows about my relationship with my girlfriend. He’s met both of my parents. And he was the easiest person to talk to. I would talk to him about anything and everything except politics because, and I quote him here,  “I can’t talk to someone that only knows half of the goddamn story.” And my response was “Fine. Okay, I saw it on Instagram!”

We had so many good times together and we became very close. I knew that he loved redheads, he would talk to me about his kids’ lives, and his opinion during preparations for one of his daughter’s wedding and said: “WTF the father of the bride has to pay for everything.”

One of the funniest moments I had with him occurred when I was a sophomore. It was only my second year as Kayrix’s editor working on the editing software, and we were meeting on a Saturday over the break. Logi (Logisan Lorance) and I had already been working for four hours and fixing typos and formatting. Mr. Petrick had this great idea and told me to put a shadow in Literary Magazine. I said “you know what fine… but if I figure this out you’re buying dinner.” and he agreed to the terms. So he calls to order the pizza and an hour later it’s still not here. He’s screaming to the driver “I’M UNDER THE BIG ASS BRIDGE HOW CAN YOU MISS IT!” Petrick tells him “YOU KNOW WHAT JUST STOP AND I’LL COME TO YOU!” So he comes back into the room 30 minutes later with no pizza and says “I can’t find this SOB anywhere and I took two laps around the entire property.” Then he checked his phone one more time and realized the Pizza Hut he called was in Georgia.

I have so many great stories. As recently as last week, when he came back from his surgery and was still on crutches, I went into his room on the second floor of Cawley Hall for our regularly scheduled Kayrix meeting. We decided we wanted to go down to the Publications Room that day, a few flights of stairs away, and he said: “Okay as long as someone helps me down the stairs.” So guess what I did?  I left the room for five minutes so he could think I left him, (which didn’t work) and I made jokes like “Hey what’s taking you so long, C’mon Hurry Up, I’ll race you down the steps.” So, even though he could barely walk, he was still able to get me back. He said: “Hey, Dave, run into my office and grab these papers.” I got the papers and came back and he said “Thanks.” Then he made me run to his office four more times for more stuff.  After the last time, I started to walk back out again, and I was like, “I’m just getting a head start until you tell me to go back again.” We both laughed and of course, he said: “HAHA very funny, help me up.”

Mr. Petrick was more than a teacher to me. He wasn’t just a faculty moderator, he was a friend,he was family. Most important, he was my role model. I told him that “I want to major in Secondary Education English, and get my master’s degree.” He said, “Oh God why on earth would you want to do that.” And I quickly responded back “Because of You.” He laughed at me and went on to say “OH MY GOD DAVE, I’M SO SORRY I WOULDN’T WISH THIS LIFE UPON ANYONE.”

He really did care and love his students. He would stay in his classroom after school if you needed someone to chat with, if you had to make up a quiz, or just to hang out. He had all of his students watch the movie, “Finding Forrester.” A quote that I’ve never forgotten from that movie was, “First write with your heart, then write with your head.” And right now, I’m writing from the heart.

He touched so many different students’ lives every day, and mine was definitely one of them. I’m glad I got to know Mr. Petrick because he truly was a blessing and an angel in my life. He told me that I was good at “not taking myself too seriously” and that I was a “Yes Man” which means anytime he had a question the answer would be yes. “Hey, Dave, did you tell Mr. Vitiello,,, “Yes.” Hey, Dave did you include the… “Yes.” If I said it too often he would say, “Are you just saying yes to shut me the hell up?” Sometimes I would just respond “Yes.”

He was a man that always, always had a complicated idea that he wanted me to do with the magazine, and I’d ask him how to do it and he would bend over the computer put his glasses on, and we wouldn’t talk for two minutes. And his answer to my question “How do we do that?” was “Dave… I don’t know how to figure  it out, beats me.” It was a pain in the butt figuring it out, but once I did it was so satisfying. He would come back and see I finished what he said and he says “See, yes that’s exactly what I was thinking.”

He was definitely one of the closest adults I’ve been to at Benedict’s and I can’t believe I really lost him. People tell me he’s in a better place now, but without him, I feel an emptiness inside me like a part is missing. I’m mad that God took him from me, and for a really selfish reason, I wanted him to see me walk across the stage on the first Sunday of June in 2020. I wanted him to see me grow up and become a teacher, maybe even work together. I wanted to know all of his tips and tricks to teaching. I wanted him to come to my wedding one day.  But now that he is gone, none of these things will ever happen. If I could talk to him one more time I’d tell him, “I love you, and thank you for everything you’ve done for me.” I promise to continue carrying out your wittiness, quick comebacks, and your charismatic charm. I miss you so much already.

Your Editor -In- Chief,