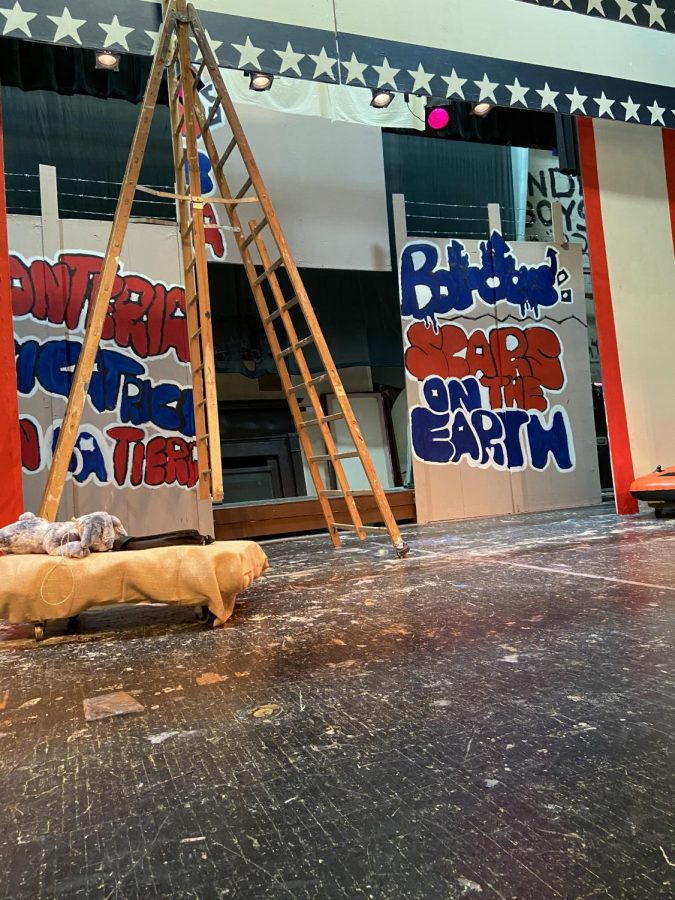 PLEASE NOTE: The production was cancelled due to concerns over coronavirus.

St. Benedict’s Drama Guild has an upcoming production opening this Thursday, March 12, by the name of “American Night: The Ballad of Juan José.” It will be directed by Theater Teacher Mrs. Patricia Flynn. The play was written by Richard Montoya.

“The play is a comedy and a satire,” said Malcolm James SY. “It is supposed to portray our society and groups of people, as well to implement humor in it and also refer to the struggles of people in America.”

According to theatre.ucsc.edu, “American Night: The Ballad of Juan José” is described this way: “As Juan José feverishly studies for his citizenship exam, his obsession to pass takes him on a fantastical odyssey through U.S. history guided by a handful of unsung citizens who made courageous choices in some of the country’s toughest times.”

The play is further described in the article as “a provocative, irreverent, and hilarious mix of past and present, stereotype and truth.” The main character, Juan José, lives during the days of Barack Obama’s Presidency.

Actors in the production include Israel Small UD1, Rashaun Bertrand FY, Angel Bustillo SY, Malcolm James SY, and two student actresses from St. Vincent’s Academy. Scheduling for this play consisted of rehearsals after school in the auditorium. Everyone that was planning to audition for this play thought it was going to be interesting because it is a comedy. “The humor is meant to be overly done,” James said.

James plays different roles throughout the play. “Actors are entering and exiting the stage due to the fact that there are many characters. There isn’t one set character for everyone, except for Angel Bustillo. He plays the main character and never exits the stage,” he said.

This being his last play before graduating, James expressed sadness. He said he has also felt the stress of performing “due to staying late after school and feeling responsible to not mess the play up.”

After all the nights working hard to do the best they can to master the roles, cast members hope to put on a great show for the community.