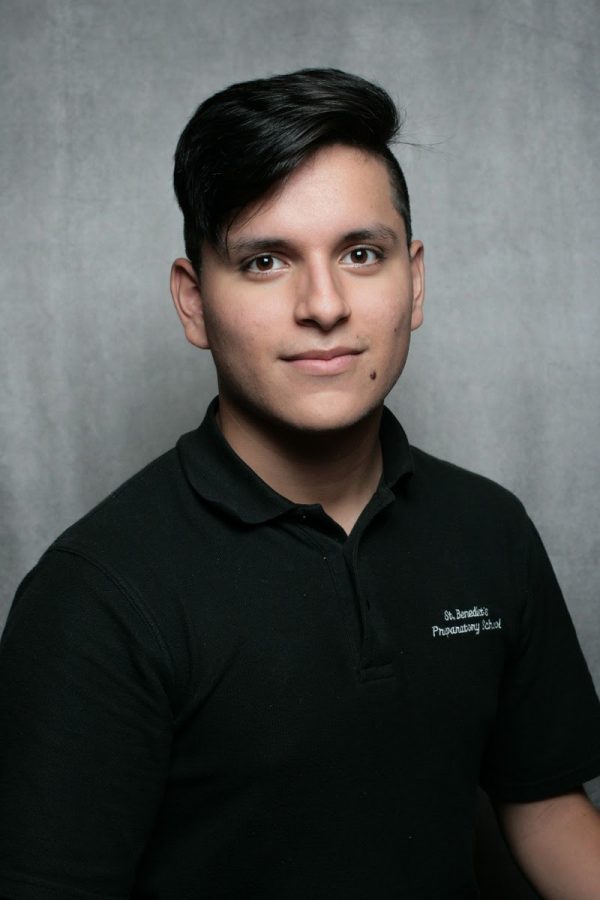 A Man of Principle

Kevin Calle can be seen at any point throughout the day helping others. He helps faculty members, guests, and students all alike. He can be caught tutoring, helping teachers with planning events, and many other important things. He is involved in so many things and he attributes his versatility to his fearless attitude. “I have interests in many things and I am willing to try anything,” said Kevin.

Kevin was born in Newark. He lived in Belleville until he was two years old and then he moved to Queens, New York. He moved back to Belleville when he was five. He grew up with both his mother and father at home and he also has two siblings. Kevin is the oldest of his siblings, which he describes as challenging because of his role as a motivating force. “I know that I have to be an example for them because they do whatever I do, good or bad, so I have to steer them in the right direction,” he said.

His experience with his siblings has helped him greatly in his current role as White Section Leader. “An important factor of being a leader is not being a hypocrite and doing as you tell others to do,” he said.

Kevin had previous experiences with leadership at Benedict’s before senior year, with positions such as counselor, trail commander, and group leader. The leaders that came before Kevin also played a big role in his decision to go for leadership in his senior year. “I was really inspired by previous leaders, especially my first group leader when I was in the seventh grade, Elijah Pickney,” he said.  “I wanted to be there for people, and help anyone I can.”

Kevin’s senior year has not been easy. He also has served as editor-in-chief of The Benedict News.  The different challenges of leadership, activities, and the incessant pressure of college applications have put a strain on him, but it’s the problems on top of those that have been most difficult to deal with.

“With all the losses and this (coronavirus) crisis we’re going through, it’s been hard to stay motivated, but when I participate in school-related activities I remember that I will never get a chance like this again, so I might as well give it my best,” he said. “ I must admit, though, recently my great-grandparents passed away, and it’s been tough emotionally for me.”

Looking back at his leadership experience, Kevin said he has learned that the most important quality to have as a leader is honesty. “ You can’t look like a hypocrite because if you do, you lose people’s respect, and if you don’t have their respect, you have nothing,” he said.

Kevin plans to take his talents to NJIT where he will double major in Accounting and Business Administration.