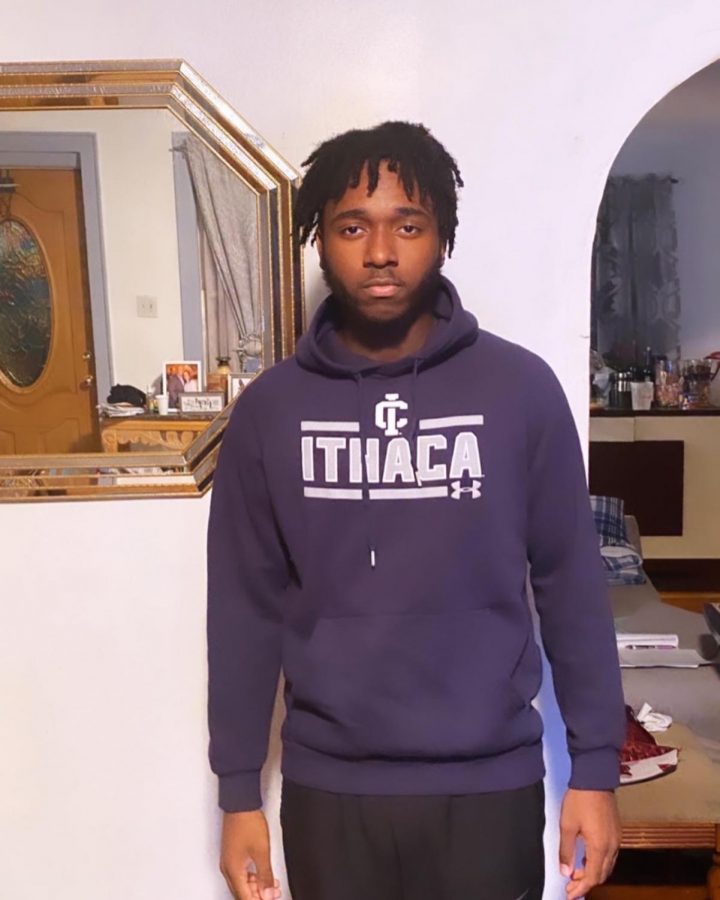 One student amidst an entire community stands out. He puts his hand up in the crowded HAB gym full of students ranging from K – 12th grade. The room grows quiet.  Senior Group Leader Jonathan Oniyama is ready to take attendance and get the day moving. Speaking in a confident, relaxed yet stern voice, he says, “Group leaders, stand for attendance.”

The day is ready to begin. Convocation, a daily practice at St. Benedict’s Preparatory School, takes place at 8:00 a.m., and is when Jonathan commences the day and leads the community. He is — literally and figuratively — accountable for every student in the Prep Division.

Jonathan never expected to be selected as the Senior Group Leader. “There were many strong applicants in the pool,” he said. “So becoming SGL wasn’t even something I was taking into serious consideration.”

When the time came to step up to the role of Senior Group leader, Jonathan said he was inspired to be completely driven to serve the community as best as he could after being selected.

“My inspiration was my uncle, Joseph Johnson ‘05,” Jonathan said. “He was Maroon Section Leader and I remember him telling me stories about his time in the position. That was a huge inspiration for me to take on so much responsibility in our school.”

“I was always more of a quiet guy,” he added.

Despite not being one who enjoys being the center of attention, Jonathan grew into the very public role of Senior Group Leader. But he has not completely rid him of his quiet side. Becoming SGL has taught Jonathan many lessons that he believes have improved his character as a whole.

“Having responsibility for the whole school takes a lot more than just being in front of the entire community,” he said. “I’ve had to interact with students in various grades to get a feel of how the community was doing.” Dealing with all types of students and emotional situations has helped him grow as a person, he said.

There were times throughout the year, he said, when the demands of the job became overwhelming. “However, having the rest of my team members backing me and doing their parts made everything easier and more efficient,” he said.

He also made a point of taking time at the end of each day to focus on his academics and personal life. Jonathan served as the  sports editor for the Benedict News as well participating on the wrestling and track teams in past years. Jonathan also made a commitment during the beginning of his senior year to continuously attend “The Box” Crossfit workouts every morning and has successfully done so as he earned the title of being a part of the Wolf Pack.

Jonathan now eagerly continues to do his best job leading at his best capacity online after the school was forced to be taken online after the COVID-19 pandemic. Jonathan hopes to leave a solid foundation for the leaders and students to come after him in the many years to come.

Jonathan will be attending Ithaca University double majoring in cinematography and photography.