SBP Fencing: A Fifth Place Finish and a Vow to Forge Ahead 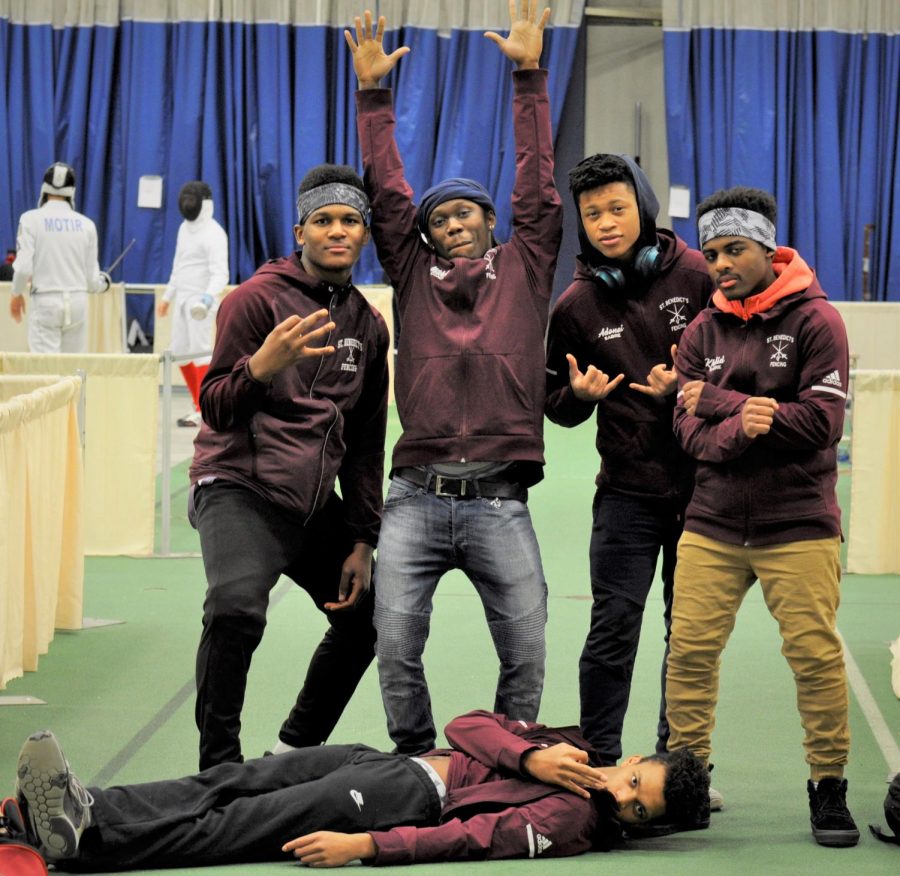 The Sabre Team, pictured here, took third this year at the Cetrulo Tournament.

Each year, about 50 schools compete at this tournament, held this year at Drew University in Madison, N.J., to be hailed the number one team, both among prep and public schools, in the nation. Historically, SBP has done well at this tournament, usually placing in the top 10.

Though the Gray Bees did not take first place on Saturday, they did achieve what they had earlier in the season made their goal—to place in the top 5. They placed 5th. Individually, the Sabre squad took 3rd place, Epee 10th place, and Foil 25th place. Last year and the year before, the team placed 9th and 6th, respectively.

The typical fencing team is made up of three squads: epee, foil and sabre. Each squad fences with slightly different equipment and tactics, and abides by different rules.

At the end of the second round, the standings of a team’s squads are combined to give each school’s fencing team its overall place.

During the first round of the tournament, the Gray Bees struggled: Epee placed 12th, Sabre placed 5th, and Foil placed 30th.

But they didn’t give up.

After a lunch break, they went into the second round with more focus. And they performed. By the end of the second round, each squad had gone up a couple of spots. Epee moved up to 10th place, Sabre to 3rd place, and foil to 25th place. These standings were then combined to move St. Benedict’s, as a whole, to 5th place.

“Talking to my teammates helped me maintain a positive attitude [after the first round]. I also knew that I wasn’t done with the tournament. I had to fight to the end,” said Captain Marc Urquilla ‘19.

According to Epee coach Richard Molina ‘06, had the squads won a few more matches, the team could have taken 1st place. This is the closest the team has been to taking 1st place since 2006, when coach Molina fenced.

Even so, the fencing team looks onward with optimism.

“This tournament doesn’t test to see who’s the best over the course of the season,” coach Molina said. “It tests who’s better on that day.”

Coach Molina believes that, in order to fence well, the mind, body, and heart need to be in the right place.

He will not let this loss discourage him.

“I’m really proud of all the work guys and coaches have put in,” he said.

The fencing team still has a chance to perform. It has 10 matches left in the season in which to compete, and its record currently lies at a solid 6-1. Last year, the team finished with an underwhelming record.

The team also awaits the State Prep Tournament. This tournament, also held once a year, determines the best fencing team among prep schools in the state. Last year, SBP took second place by a small margin. This year, it hopes to win the championship.

“The good thing about Cetrulos is that you get to figure out what you did wrong and what you did well,” Urquilla said. “We’re going to work even harder than we did before to achieve winning State Preps.” 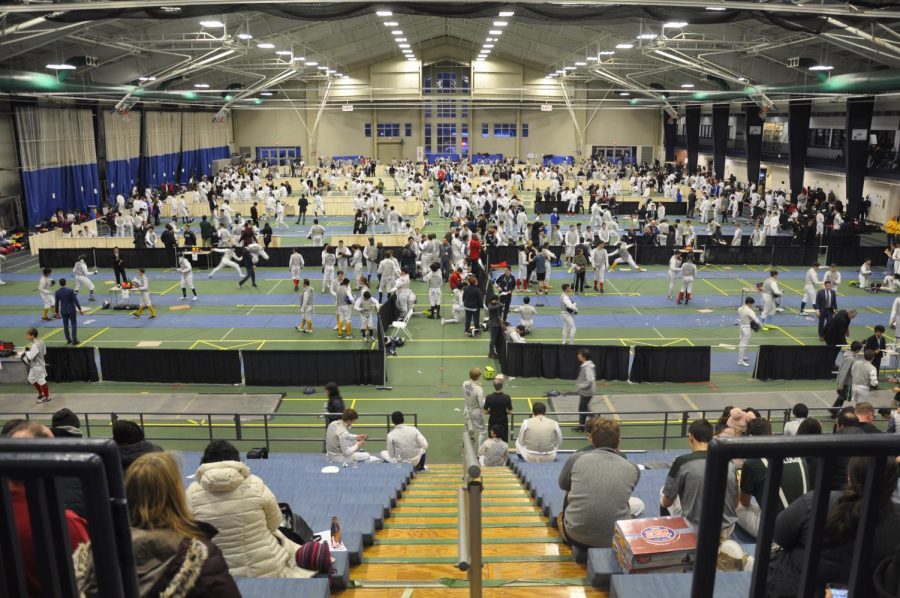