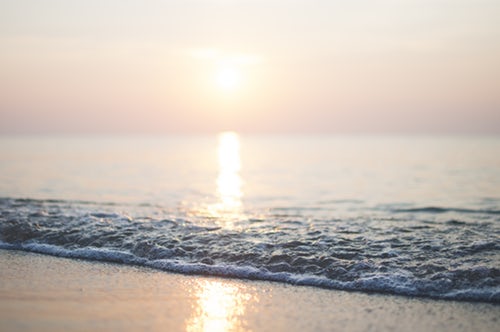 "At the root of this fear is the awareness that intimacy requires us to recognize the fragility of our human condition," writes Mr. Stephen Adubato.

We recently marked the anniversary of “Roe v. Wade,” the historic U.S. Supreme Court case that made abortion legal in the US. Some Catholic schools will have taken groups of students to the January March for Life in D.C. or may have invited a Pro-life speaker to tell the students why abortion is wrong. As much as all those gestures have value, I’d rather share a true story. One of my closest friends, a beautiful young woman, was nearing the close of her undergraduate career at an Ivy League school when her boyfriend raped her. This event radically changed her sense of self. This man’s decision to force himself on her, disregarding her freedom and humanity, made her feel like she was an object to be played with rather than a beautiful gift to be cherished and respected. Though it happened a few years ago, it scarred my friend.

A few months ago, she was impregnated by a man with whom she was very much in love. This man, who already had a child from a previous relationship, expressed to my friend that he was not in a position to raise the new baby with her.

Knowing that our government offers few resources to single women in crisis pregnancies other than abortion, I along with some of my other friends offered to help her raise the child and to support her financially. But my friend, for various reasons, decided to have an abortion anyway.

The fact that abortion has become more popularly accepted as a viable “solution” to crisis pregnancies reflects the trajectory of our society as a whole. As the ideals of secularism, consumer capitalism, and technological progress become more prominent, we are increasingly focused on ourselves, afraid to risk intimacy or
dependency on others.

At the root of this fear is the awareness that intimacy requires us to recognize the fragility of our human condition. We all have wounds, and when we look at other people closely, without the filter of pretense, we see the “ugliness” of the other’s wounds as a reflection of ourselves. It’s much easier to hide from that reality by
living our relationships on a superficial level, or better yet, in isolation.

People who are weak, vulnerable, or dependent in our society are treated as if they must have the hideousness of their need removed. This attitude is extended toward the poor, the disabled, the elderly, the immigrant, the racial or sexual minority, the woman, the child, and especially, the woman with child.

It’s amazing that a society that claims to be so progressive, so much in favor of supporting the rights of women, expects nothing from men when it comes to pregnancy and childrearing. While many advances have indeed been made in favor of women’s equality, from the right to vote to equal pay, little has been done to empower the pregnant woman. Rather than being supported during this time of vulnerability and of great need, she is often left to the mercy of the father’s whims.

The pregnant woman, with her financial, medical, and emotional needs, is often treated as if she and her child are leeches on the body of the secular capitalist system, sucking resources that could be used for making other people more wealthy and comfortable than they already are. Should the father choose to leave the mother, she is
faced with two options — either give up the gift of motherhood by terminating the pregnancy, or carry to term and give up a financially comfortable life. The latter of these options is hard to sustain in a society like ours that places excessive esteem on personal wealth and success.

On the day my friend went to get the abortion, she texted me updates every few minutes. When she arrived at the Planned Parenthood clinic, she compared the way they treated her, matter-of-factly and impersonally, to that of a product being manufactured in an assembly line. She felt like she was less a person to be cared for, and more of a task to be checked off a list. As much as it pained me to get the details of the abortion process, I knew that my friend needed someone who loved her, regardless of whatever choice she made, and to be there for her.

Our society entices us with the promise of eliminating the “problem” of neediness, as if vulnerability were like a faulty cog in a machine. Whether it be by encouraging pregnant women to terminate their pregnancy, pushing the poor into the margins of invisibility through the “purifying” process of gentrification, or putting a puppy dog filter over your face on Snapchat to hide your sadness, it is much more efficient and convenient to thwart the unruly reality of our need for love, affection, and solidarity.

But are the ideals of efficiency and convenience what truly make us happy?

When it comes to the legal status of abortion, it has become clear to me that not everyone is going to see eye to eye. It’s not my intention to convince people that abortion should be made illegal, but instead, to bring attention to the grave injustice that women in crisis pregnancies face in this country. What would be even more promising than making abortion illegal would be to see the government offer more resources to women in this situation, whether it be by offering free access to medical services, or finding ways to enable women to finish their college career or maintain their jobs while offering them affordable child care services.

But above all, what women like my friend need, even more than support from the government, is real friends. They need friends who aren’t “freaked out” by the inconvenience of her circumstances. Real friends don’t run away or hide as soon as the other person becomes needy or dependent, but are willing to take the risk of making themselves vulnerable by staying by their side and entering into true solidarity with them. Like it or not, we all have wounds, we all have needs, and it’s people like my friend who are that mirror, who reflect the truth of who
we are as human beings: an infinitely deep wound that yearns for love and affirmation.

So this year on the anniversary of Roe v. Wade, I challenge you to take the risk of radical intimacy, of embracing the people around you for who they really are, wounds and all, and of letting yourself be embraced in the same way.