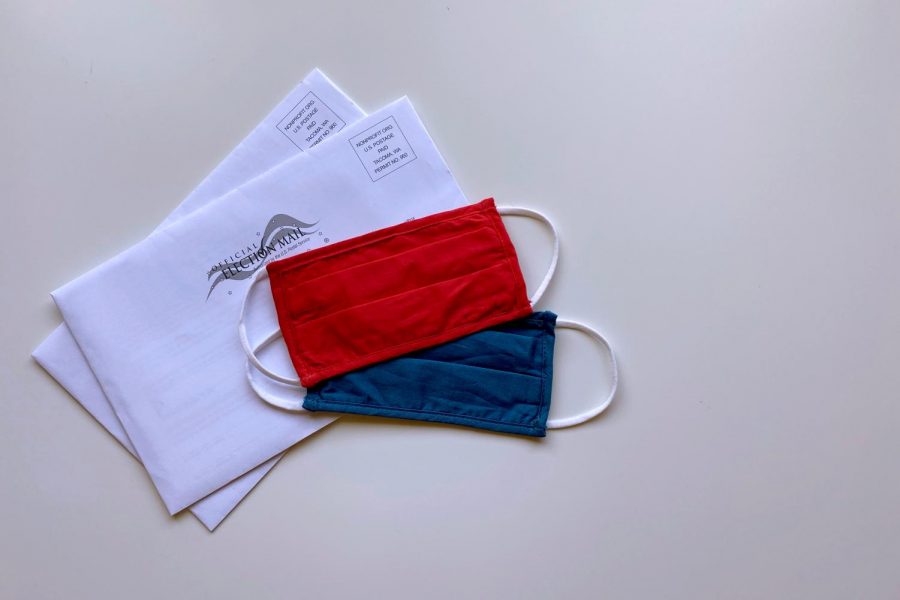 Photo by Tiffany Tertipes for Unsplash

Our Future, Our Choice

Some call it the most important election in modern American history.

And, happening as it has during a year like 2020, it sure has been one hell of a ride. As someone who has just turned 17, I cannot vote. But I found myself very invested in the progression of the events leading up to the election.

The first Presidential debate between Republican President Donald Trump and Democratic Presidential Candidate Joe Biden was a disaster to say the least. What should have been a civil showcase of what each candidate had to offer as our potential future leader turned out to be a true waste of the time for the millions of American people who tuned in.

The voters’ high expectations were reasonable, considering the professionalism the job of President of the United States calls for. However, the only thing on exhibition that night of Sept. 29 was a childish display of interruptions, false statements, dodging of questions — unfortunately, from both parties. This resulted in the loss of the American people’s time, with no apparent winner.

In the debate’s aftermath,  many petitioned for new regulations mandating that mics be cut off in order to assure candidates a chance to speak in the restricted time given. A negative backlash swamped both candidates and the moderator, Chris Wallace.

To make matters worse, shortly after the debate President Donald Trump was confirmed to have contracted COVID-19 as well as First Lady Melania Trump and the President’s immediate team. If someone were to have concocted a movie plot like this, I would have derided it as a cliche, so obvious and lacking originality in thought. But it was all too real.

The health of the President was of concern to all. And his illness jeopardized his own campaign as well as the possibility of a second debate.

A week later the Vice Presidential debate took place between Democratic Vice Presidential candidate Kamala Harris and Republican Vice President Mike Pence. This time I was pleased to see a much more productive showing of what their respective Administrations would have to offer.

Glass barriers separated Harris and Pence. They also were 12 feet apart, a distance six feet wider than the first debate, a strange-looking but necessary safeguard developed in response to President Trump’s coronavirus infection.

Questions remained unanswered by the end of the debate, including the candidates’ stances on fracking, health care, and the make-up of the U.S. Supreme Court. With the question of another debate ever being held between Mr. Trump and Mr. Biden due to differences over safety precautions, many Americans feared that they would not receive concrete answers before Election Day.

As President Trump recovered from his bout with COVID-19 in a matter of days, his campaign immediately picked up where it left off. Instead of a one-on-one debate, each candidate staged his own town hall presentation on national TV networks.

In my opinion, this outcome was pretty frustrating especially from the perspective of an undecided voter. Both town halls aired at the same exact time. Even though I attempted to watch both by flipping back and forth, it was impossible to fully absorb the nuances of each candidate’s thoughts. Most viewers probably just watched one. Some, like me, may have chosen one for viewing that night and the other on a subsequent day.

When it was announced that the last Presidential debate would be held as a traditional face-to-face one, it was very exciting news for me and I’m sure many other Americans as well. This time around it was for sure an improvement on the last.

President Trump and Mr. Biden seemed to have focused on being more efficient with their words and more respectful to the moderator as well as each other. Each spoke without much interruption.

At this point, so close to Election Day,  the debate was the last chance for them to convince the American people why they were the best person for the Office. Their narratives continued with a few questions still left unanswered. Voters, armed with more information this time, were left to make a decision,

That brings us to today, Election Day.

Although many have already voted early by mail, the in-person voting  still does hold great value. There may be little time before we find out who will be in the Oval Office for the next four years. Or it may take longer as it is likely that one of the candidates will raise issues about the legitimacy of the results.

President Trump, who has on the campaign trail regularly questioned the integrity of mailed-in ballots, may call for a recount or a re-examination of certain electoral district voting patterns.  This could lead to a delay in the announcement of the winner of the 2020 election.

City leaders in  Washington, D.C., Los Angeles, Philadelphia, and New York City have braced for impact. Retail stores have been boarded up in an attempt to protect against potential civil unrest.

The country stands divided as ever, anxiously awaiting the news as to who will be the next President. Everyone is waiting for a glimpse of what our future as a country could look like.

This has been an historic election, with the great volume of mail-in ballots and voting enthusiasm being as high as it has been. As someone who cannot vote, it is a great relief to see that so many fellow Americans have opted to have a say in who will be in charge for the next four years.

And honestly I trust we as a country will make the right decision.